6 questions you should be asking candidates

Posted by CareerBuilder UK on 3 November 2016 in Recruiter Advice, Communication, Interviews | No Comment 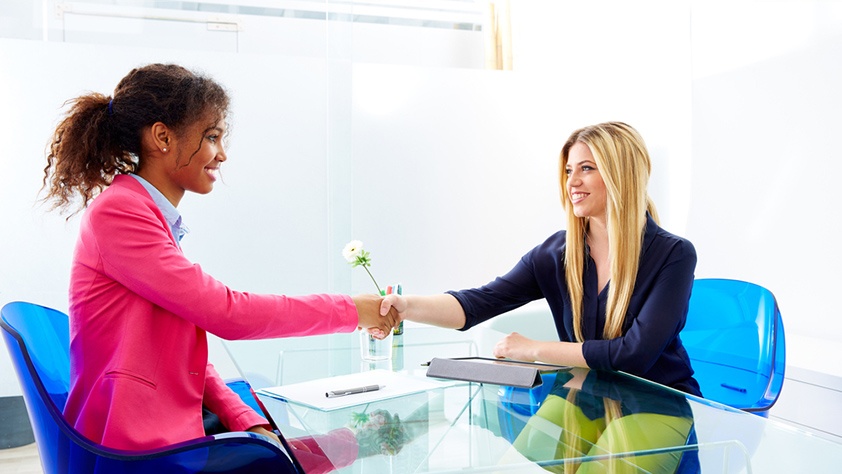 The jobs market may be tough for those seeking work but recruiters also face their own frustrations. More than half (54 percent) of employers have vacancies for which they can’t find qualified candidates and sixty percent are concerned about the growing skills gap, according to a recent CareerBuilder survey.

Considering the fact that 35 percent of employers have positions that stay open for 12 weeks or longer – and the average cost of filling a vacancy is £5,000 for senior managers/directors and £2,000 for other employees – it’s easy to see how recruitment costs can quickly add up.

No wonder then that recruiters are under increasing pressure to find the right person for the job, first time around. So what should you be asking candidates?

1. How well do you think you align with the company?

Known as a BOGOF in the grocery trade, this question is a “buy one, get one free” because it reveals how effectively the candidate has researched your company and also gives an indication of his or her values and how well they align with the organisation.

As with many interview questions, there is no right or wrong answer—but the candidate’s response can be illuminating in several ways.

If your company has built its success on teamwork and collaboration, a hard-headed individualist might upset the current dynamic. So even if you don’t get the answer you hoped for, you can at least watch for red flags.

2. Tell us about the project you are most proud of

This one looks like an open invitation for the candidate to commence bragging but it’s actually a good way to dig deeper with some competency-based questioning.

Your interviewee may be hoping to impress with their answer, but it doesn’t really matter what he or she says (within reason) because the aim is to drill down by asking for further details.

By asking the candidate to expand and explain you will get a good idea of how involved they really were in the success described, as well as an indication of their skills and working methods.

Targeted follow-up questions reveal whether the candidate has attributes which you consider important for the role—such as diplomatic skills, original thinking or leadership qualities.

3. How would you contribute to our company’s success if you got the job?

Not only does this question asses the candidate’s awareness of the role, it also reveals what skills or experience he or she thinks are most relevant.

It can also reveal the employee’s level of motivation and how willing he or she might be to go above-and-beyond the call of duty when the need arises.

A lacklustre response or an inability to grasp the thrust of the question might suggest the interviewee is just looking for any job rather than this job.

4. Tell us about a time you had to deal with a difficult colleague?

Using competency-based questioning again, this is a two-pronged line of inquiry – aiming to assess your candidate’s people skills and ascertain if they will be a good fit with the current team.

Follow-up questions will depend where the first answer leads, but you may wish to ask the candidate why he or she clashed with a colleague and how a resolution was reached.

A smart candidate will display awareness that there are two sides to every story and admit to some of the fault—hopefully demonstrating that they have learned from the experience.

5. Where do you see yourself in five years’ time?

This interview classic has stood the test of time for a reason. First, it tells you how realistic a picture the candidate has about the workplace and career ladder.

Secondly, you can gauge how committed the candidate will be to your company – and whether the career path on offer is compatible with their expectations.

Finally, it gives you a glimpse of the candidate’s level of ambition and capacity for forward planning.

You may notice a certain amount of overlap in the above questions, but that’s a good thing. By looking for emerging patterns of response, you can get a truer picture of your candidate than his or her answers might offer if taken individually.

Competency-based questions that begin with phrases like “Tell me about a time when…” will help you to assess a candidate’s past behaviour and skills, but don’t forget to look to the future too.

The current skills gap is driving more employers to hire candidates based on their “potential to learn” and train them up once in the role. Once you’ve checked off must-have skills and experience on your criteria list, choosing the candidate with the most enthusiasm and potential to learn could be the next most important identifier in making your next great hire.

3 Ways to Save Time and Money by Choosing the Right Applicant Tracking System
5 Tedious HR Tasks You Can Cut Out (Almost) Entirely
Recruitment and talent acquisition: how to overcome the impact of Coronavirus
Google for Jobs is now live in the UK
An Eye-Catching Employer Brand: Corporate design in job adverts
Recruitment 2017: Trends and Developments