5 signs that a new manager is failing 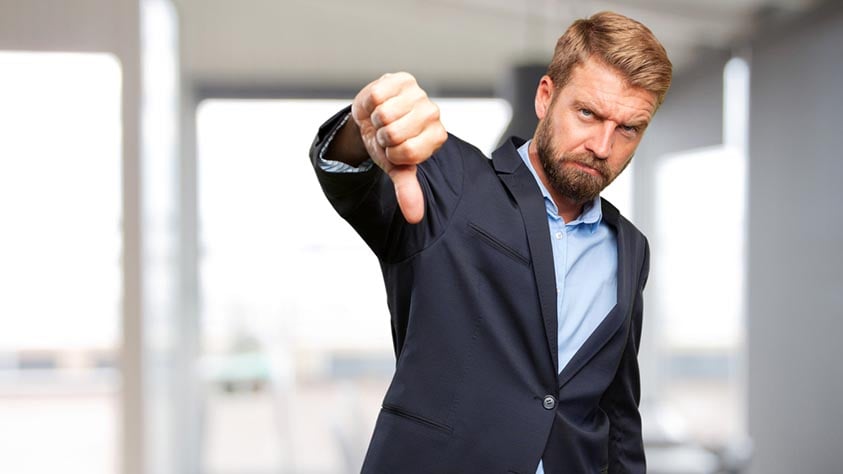 Perhaps you’ve promoted someone to their first managerial role, or maybe you’ve recently accepted a management position. Either way, making the move from star team player to successful manager is rarely easy. So how can you tell when more support and training is required? Richard Maun, career coach and author of How to keep your job, reveals the warning signs to watch for.

Just as new managers need to understand what is expected of them, they must also be able to communicate their expectations and give honest and constructive feedback to their reports.

‘Giving performance reviews can be testing for a newly promoted manager as they have to move from being a friend to being a leader. Instead of avoiding giving negative feedback, the trick is to focus on the facts and share objective examples of poor performance,’ says Richard.

‘Using bland language - “everyone on the team is doing fine” - and glossing over issues is a clear warning sign. Watch for the manager who prefers to cover-up problems caused by a direct report, rather than confront performance issues with them.’

2. They haven’t shifted to a ‘team’ mindset

In most cases, new managers are star performers who have earned promotion on individual merit. But just because they’ve achieved great things doesn’t necessarily mean they have the leadership skills to motivate a team to achieve similar success.

Managers know that it’s their job to get their team to do their job well - but some take longer to shift their mindset than others, according to Richard.

‘Be aware of the manager who is reluctant to delegate and continues doing the work of the team. Trying to perform both roles means their managerial duties are likely to suffer - even if not, they risk their health through stress and burnout.

‘At the other end of the scale, refusing to shift to a team mindset can mean a new manager refuses to take ownership for the performance of their reports and tries to distance themselves from the team’s challenges and failings.’

3. They don’t build relations across the company

A large part of a manager’s job is to assign tasks, manage work flow, and ensure their direct reports have the necessary time and tools to do their work. Solving problems and removing obstacles means improving how the team functions with others across the business.

‘Inward looking managers fail to see the wider picture, don’t understand the wider organisational objectives, and don’t take time to build relations with other managers across the company,’ says Richard.

‘If deadlines are missed or poor results occur due to problems between departments, a manager should be able to detail what measures they took to improve the situation and suggest ways to improve processes. Refusing to be held accountable for cross-departmental issues suggests an insular perspective, and the need for more training and development.’

A good manager promotes open communication and keeps their team informed. Bad managers hide behind confidentiality issues and refuse to pass on information.

‘If a particular team is always the last to hear about things going on in the company, it suggests the manager isn’t adequately cascading information,’ says Richard.

‘Change management is a vital part of ensuring staff engagement and retention - and keeping employees informed of changes within the business, especially things like redundancies and takeovers, is an important part of managing and supporting them.’

First-time managers may have earned their promotion for doing things well - but that doesn’t mean that their way of doing things is the right or only way.

‘Micro-managing is a common mistake amongst first-time managers and a sure way to de-motivate those who work under them,’ says Richard.

‘When a manager insists that their methods should be followed to the letter, they effectively set others up to fail. Employees stop thinking creatively about how to improve their role and may feel reluctant to offer input and develop new skills.

‘Not only does this result in unmotivated employees, but the team could be missing out on better ways of doing things.’

Of course, first-time managers should ideally receive the training and support they need before they take up the position so that failings don’t occur - but if a newly appointed manager is showing signs of poor performance, it’s best to act sooner rather than later.

‘When managing poor performance early intervention is essential,’ says Richard. ‘A manager may not realise that they have shortcomings, so the first step should always be to have an open and honest conversation. Often a period of extra coaching can put things back on track - and ensure that a star team player goes on to become a star manager too.’

3 Ways to Save Time and Money by Choosing the Right Applicant Tracking System
Recruitment and talent acquisition: how to overcome the impact of Coronavirus
7 Secrets to Retaining Your Talent in 2017
The Changing Face of HR: Change management in personnel
The best Christmas present: A good rest!
3 tips for better collaboration in recruitment