Low performers: Can laziness be punished? 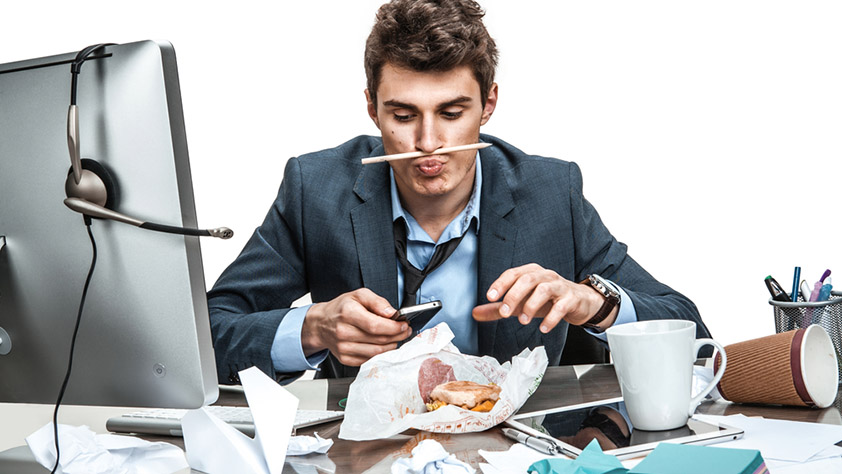 It costs time, money and nerves: employees who perform below average, and no longer want to work, or do not want to work as hard as they actually could. But such so-called 'low performers' are difficult to get rid of - much to the annoyance of many companies because lazy workers can significantly disrupt operations and cause commercial loss. "Nevertheless 'can't be bothered' behaviour can have labour law implications", stresses Sandra Flaemig, a solicitor specialising in employment law in Stuttgart. "Those who hold back part of what they are capable of are guilty, at least in part, of refusal to work". A German Federal Employment Tribunal has made it clear that low performance can also entitle an employer to dismiss someone.

The number of low performers in companies is actually around 10 percent. This can have consequences under employment law, but justifying and proving it is not easy for employers. We spoke to solicitor Dr Sandra Flaemig about the most important issues surrounding low performance.

First of all, low performance needs to be proven. The employer should first clarify whether the alleged slacker CAN'T or DOESN'T WANT TO work harder. This determines whether it is necessary to consider dismissal on the grounds of conduct or personal ability. An indication of employees 'not wanting to' can be, for example, exceeding the average error rate in the long-term. But comparisons with the employee's previous performance are better, for example with the goals agreed during annual appraisals.

If low performance actually appears to be due to conduct, a written warning can be given with the aim of changing the employee's behaviour. If there is no improvement, this can lead to dismissal. "So low performance does not have to be accepted by the employer", says Sandra Flaemig. "But the employer has to define exactly what needs to be achieved, what constitutes low performance and what effect it has on the company".

This also applies to employees who, due to their personal capabilities and abilities, are only able to achieve below average performance. However, this low performance cannot be put down to manageable behaviour, and a written warning is not possible. If an employer goes straight for a dismissal, they will have little chance in court. Instead, the first step should be to consider a transfer to other duties, or a salary adjustment based on the performance achieved. "If dismissal is still made on the grounds of personal ability, the employer must prove that the outlook for the future is bad", says the solicitor. "This means the employer must outline and prove that there is also no hope of improvement in the future. Indications of this are, for example, past behaviour and aborted training. Furthermore, the employer must outline how, and prove that low performance adversely affects operations and commercial success".

Find out the cause, rather than going to court

Despite all legal possibilities, every employer should be in a position to know the reason(s) for an employee's low performance. Is the reluctance to perform due to a general attitude towards work? Or is there a lack of motivation? How does the team function? Are there problems with a supervisor or manager? Employees who perform the same tasks year in, year out, and experience no changes to their work routine will, at some point, lose all motivation. The result is boredom and a rapidly sinking level of commitment. Workplace bullying and intrigues also destroy any sense of enjoyment at work. Employees affected by it become withdrawn and often make more mistakes out of fear. Sometimes the actual low performers are supervisors or line managers, who, because of a lack of leadership skills, are unable to inspire their team. "Staff appraisals are therefore an important control mechanism for both employers and employees in discovering the reasons for low performance", stresses Sandra Flaemig. Because appraisals are not always easy, even for managers, she recommends that employers offer support through supervision and coaching.

One thing is clear: for low performers, the main goal from the outset should not be dismissal, but to motivate the employee to perform well once again. However if these attempts fail, the employer must meet its obligations to other members of staff and part company from the low performer. Ultimately, the work of a low performer lands on other people's desks and this can cause frustration within the workforce in the long run.

3 Ways to Save Time and Money by Choosing the Right Applicant Tracking System
Recruitment and talent acquisition: how to overcome the impact of Coronavirus
7 Secrets to Retaining Your Talent in 2017
The Changing Face of HR: Change management in personnel
The best Christmas present: A good rest!
3 tips for better collaboration in recruitment