Interpreting body language: finding out how your candidate really ticks

Posted by CareerBuilder UK on 26 November 2015 in Recruiter Advice, Communication, Interviews | No Comment 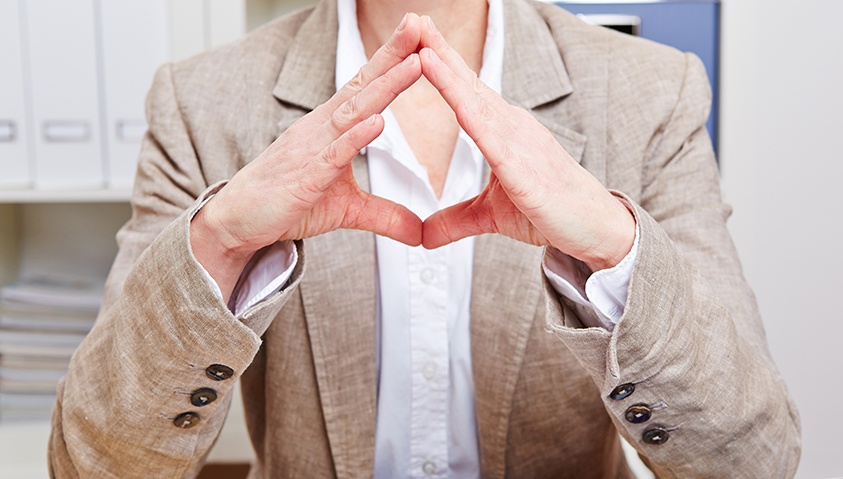 It is no secret that candidates can find interviews very trying. Preparing what to say during the interview is therefore a popular strategy used by applicants. But most of them forget that body language can very quickly completely destroy what has been said. We have compiled a short list of basic gestures with which applicants can quickly reveal their true feelings – and show whether they are really suitable for a particular position in your company.

Some recruiters claim to able to assess candidates within 30 seconds. Whilst the first impression is certainly influenced to a large extent by external appearance, body language also counts. Nervously adjusting clothes, a weak handshake or greeting people without making direct eye contact are already signs of insecurity and a lack of self-confidence.

Do some of your candidates rock on their chair, bob up and down on their feet, tap their fingers or continually scratch? Gestures like these are generally a sign that the person concerned has difficulties concentrating on the issue at hand, even for a few minutes.

Touching the nose – the candidate may not be entirely honest

Sitting with folded arms – this typically defensive posture suggests a lack of openness towards the person opposite.

Raising the eyebrows, pursing the lips or tilting the head back – your candidate appears to be very sure of him- or herself, a clear sign of arrogance or dominance

Lounging in the chair – a sign of disinterest and boredom

Signs of a strong personality

A straight posture, with the upper part of the body leaning slightly forward – the candidate has a genuine interest in the interview, communicating agreement and admiration[respect]

Smiling, nodding and other positive gestures – a sign of enthusiasm, competence and interest

Attentive listening and interaction during the interview - candidates who look around and give their full attention to the person asking the question are interested in their interview partner(s) and demonstrate openness.

Keeping the head still, a strong voice, elegant movements – your candidate is very self-assured and confident

These articles may also interest you:

3 Ways to Save Time and Money by Choosing the Right Applicant Tracking System
5 Tedious HR Tasks You Can Cut Out (Almost) Entirely
Recruitment and talent acquisition: how to overcome the impact of Coronavirus
Google for Jobs is now live in the UK
An Eye-Catching Employer Brand: Corporate design in job adverts
Recruitment 2017: Trends and Developments