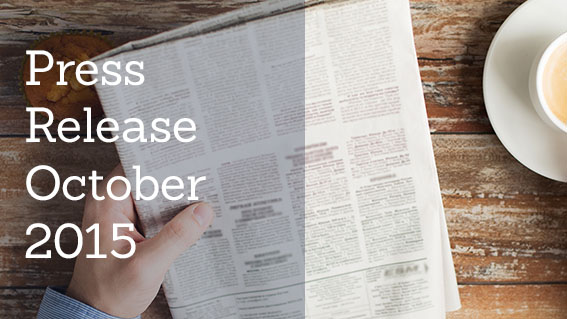 LONDON – 8 OCTOBER 2015 – The recession may be over, but British workers are still struggling financially. Thirty-one per cent of British workers say they always or usually live paycheck to paycheck to make ends meet, according to a new survey from CareerBuilder.co.uk.

An additional 30 per cent are forced to live paycheck to paycheck sometimes, while only one fifth (21 per cent) of workers never find themselves in this situation.

When broken down by gender, women are more likely than men to report living paycheck to paycheck than men, with 36 per cent of women compared to just 25 per cent of men living like this.

The majority of workers (69 per cent) feel they are more financially responsible since the recession. More male workers than female workers feel this way (71 per cent versus 68 per cent).

“Though the majority of workers feel more responsible since the recession, many are still struggling to make ends meet. If workers are worried about their finances, it can lead to increased stress and anxiety.” said Scott Helmes, Managing Director of CareerBuilder UK.

“Because these financial worries can also begin to affect morale and productivity, employers may want to consider offering financial planning resources – such as complimentary webinars, classes or coaching sessions – to help employees ease their financial burdens.”

The vast majority of workers have taken some sort of action to make ends meet financially. Nearly half have cut back on leisure activities (48 percent) or used coupons/discounts when shopping (46 per cent) to help balance budgets in the last year. Other attempts to cut costs include:

For all the areas in which workers have cut back in order to save money, there remain several expenses some workers refuse to give up regardless of financial concerns:

The national survey was conducted online by Redshift Research on behalf of CareerBuilder.co.uk among more than 1006 workers across industries and company sizes.

Survey Methodology The survey was conducted among 1006 full or part time workers in the UK, interviews were conducted online by Redshift Research in June & July 2015 using an email invitation and an online survey. Results of any sample are subject to sampling variation. The magnitude of the variation is measurable and is affected by the number of interviews and the level of the percentages expressing the results. In this particular study, the chances are 95 in 100 that a survey result does not vary, plus or minus, by more than 3.1 percentage points from the result that would be obtained if interviews had been conducted with all persons in the universe represented by the sample.

About CareerBuilder.co.uk As the global leader in human capital solutions, CareerBuilder specializes in HR software as a service to help companies with every step of the recruitment process from acquire to hire. Its online career site, CareerBuilder.com®, is the largest in the United States with more than 24 million unique visitors and 1 million jobs. CareerBuilder works with the world’s top employers, providing job distribution, sourcing, workflow, CRM, data and analytics in one pre-hire platform. Owned by TEGNA Inc. (NYSE:TGNA), Tribune Media (NYSE:TRCO) and The McClatchy Company (NYSE:MNI), CareerBuilder and its subsidiaries operate in the United States, Europe, South America, Canada and Asia. For more information, visit http://www.careerbuilder.com/.

High pressure working environments force two thirds of Brits to work whilst sick
40% of bosses check up on employees who claim to be sick
45 per cent of British employers plan to hire full-time, permanent workers in the second half of 2015, according to CareerBuilder.uk’s Midyear Job Forecast
When disaster strikes in the workplace – do you know what to do?
CareerBuilder.co.uk Reveals Five Facts Every Employer Should Know About the Candidate Experience
Over half of employers have researched a job candidate on social media, finds CareerBuilder.co.uk survey