45 per cent of British employers plan to hire full-time, permanent workers in the second half of 2015, according to CareerBuilder.uk’s Midyear Job Forecast 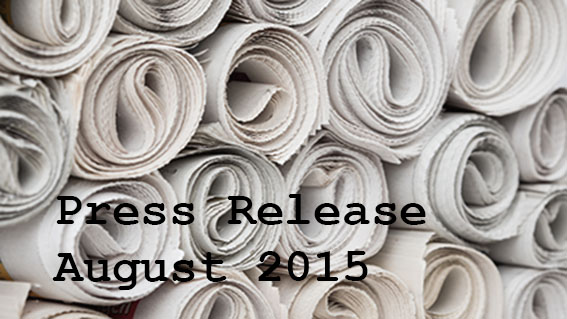 LONDON – 5th of AUGUST 2015 – At the halfway point in 2015, many British employers and job seekers are feeling positive about their prospects, according to CareerBuilder.uk’s Midyear Job Forecast. Forty-five per cent of employers plan to hire full-time, permanent staff over the next six months and 43 per cent plan to hire temporary or contract workers. Meanwhile, just under three in ten (twenty-seven per cent) workers plan to change jobs in the next 12 months.

“Despite slower-than-average job growth in the first half of 2015, many British employers continue to increase hires,” said Scott Helmes, managing director of CareerBuilder UK. “Employers are practicing cautious optimism. While they may not be hiring at the pace they have in previous years, they are continuing to add headcount in several areas in order to remain competitive in a slower market.”

The national surveys were conducted online by Redshift Research on behalf of CareerBuilder.uk and included representative samples of 100 hiring managers and 1006 full or part time workers within the UK, across multiple different industries and company sizes.

The top functional areas where employers will be increasing hires in the second half of 2015 include:

The survey also revealed some of the in-demand areas employers will be recruiting for in the second half of 2015 across the globe. These include those searching for a career in social media, wellness, mobile technology, search or cloud technology, cyber security, content strategy for the web, the environment, managing and interpreting big data, and financial regulation.

The survey was conducted among 1006 employees and 100 hiring managers in the UK. The interviews were conducted online by Redshift Research in June & July 2015 using an email invitation and an online survey. Results of any sample are subject to sampling variation. The magnitude of the variation is measurable and is affected by the number of interviews and the level of the percentages expressing the results. In this particular study, the chances are 95 in 100 that a survey result does not vary, plus or minus, by more than 4.9 percentage points from the result that would be obtained if interviews had been conducted with all persons in the universe represented by the sample.

High pressure working environments force two thirds of Brits to work whilst sick
40% of bosses check up on employees who claim to be sick
Almost One Third of British Workers Live Paycheck to Paycheck, CareerBuilder.co.uk Survey Finds
When disaster strikes in the workplace – do you know what to do?
CareerBuilder.co.uk Reveals Five Facts Every Employer Should Know About the Candidate Experience
Over half of employers have researched a job candidate on social media, finds CareerBuilder.co.uk survey