Say this – not that – to jobseekers when hiring

Posted by CareerBuilder UK on 5 May 2015 in Communication, Interviews, Job Ads | No Comment 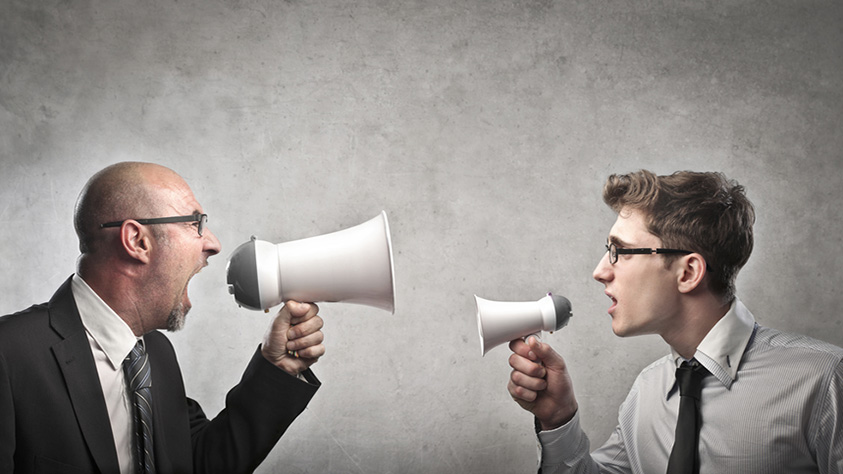 When one considers the abundance of scientific communication models alone, one thing becomes clear: Communication is more than the actual words. Today, we show you how to score in your communication with candidates and make sure your message is received correctly.

“You’ll be hearing from me.”

What jobseekers think you’re saying: What that says to jobseekers is to expect some sort of communication from you — versus not hearing back at all.

What you should say instead: Let’s face it — you’ve got a lot on your plate, which means getting around to making that call or sending that rejection email is low on your priority list. Be clear on how and when you will follow up — whether it’s to offer the candidate a job or to let them know you’ve decided to go with someone else. It’s OK if the process ends up taking longer than expected — as long as you communicate that to the candidate; candidates would rather get a rejection than a black hole of silence.

What jobseekers think you’re saying: Despite what you may actually mean, jobseekers might interpret this as a red flag that your company doesn’t value work-life balance and might be taking advantage of employees.

What you should say instead: It’s not earth-shattering news that today’s jobs require more than your typical clock in, clock out hours. Everyone does it, and it’s not something you necessarily need to shy away from. What is important is that you first stress that your company values work-life balance and understands the need for employees to decompress. Once you’ve stated your values up front, you can communicate the fact that, like almost every other job out there, this one will occasionally require you to be available during unsociable hours.

“We’re looking to fill this position right away.”

What jobseekers think you’re saying: You’re almost at the cusp of making a decision, so it may be a matter of days at the most.

What you should say instead: A lot of times, “right away,” “soon” or “immediately” can mean different things to different people. It’s better if you specify a more realistic timeline — say within the next month — or just tell them up front that your timeline is a little nebulous and dependent on other circumstances.

What jobseekers think you’re saying: If many of your questions can be answered completely with just a simple “yes” or no,” it will look like you’re just trying to cross off items on your checklist or that you’re trying to rush through the interview or have better things to do. In addition, you’re also missing out on an opportunity to get to know your candidates better.

What you should say instead: Turn as many “yes” or “no” questions as you can into more open-ended ones so it will give candidates the opportunity to open up and it will give you a chance to see more of their personality and qualifications.

What jobseekers think you’re saying: Jobseekers may interpret this negatively — like your company is willing to sacrifice quality to save a penny here and there.

What you should say instead: The first thing you should do is research competitive salaries for the position you’re hiring. If candidates ask questions or try to negotiate unrealistic numbers, you can talk more authoritatively and inform them that you’ve done your homework and are offering a competitive rate.

“We do not allow employees to telecommute.”

What jobseekers think you’re saying: Jobseekers might interpret this to mean you’re rigid in your rules and refuse to offer any type of flexibility ever.

What you should say instead: Once again, you should first let candidates know that work-life balance is important to your company. Communicate that even though you typically do not offer employees the option of telecommuting, you understand that in some extenuating circumstances it might become necessary and that you can work with them on finding a solution on a case-by-case basis.

Choosing between generalist and niche job sites
Google for Jobs is now live in the UK
An Eye-Catching Employer Brand: Corporate design in job adverts
Recruitment 2017: Trends and Developments
Why job adverts written from the candidate's perspective are more successful
3 tips for better collaboration in recruitment